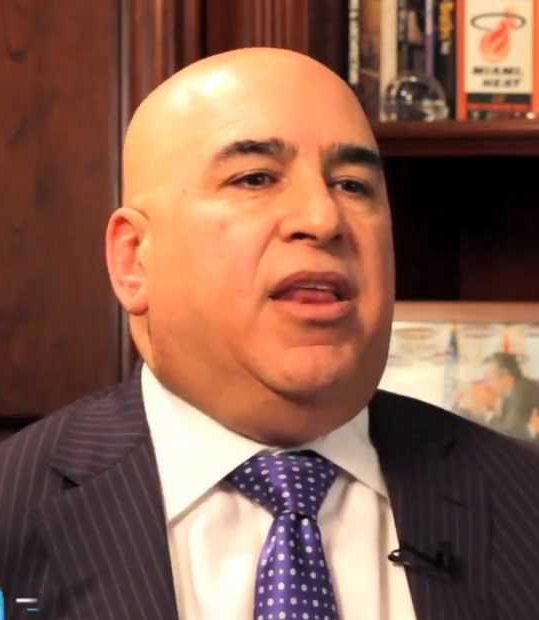 Miami's "Bag Man", Chris Korge, back in the news

The stakes couldn’t be any higher in politics these days. And our good friend, Chris Korge, is in the thick of things as one of the major players in political fundraising for Democratic politicians nationwide.

Chris Korge was involved in the 2016 campaigns where he organized fundraising events for Hillary Clinton and Andrew Gillum, the Democratic nominee for the 2018 Florida Governor’s race. These 2 fundraisers raised a combined $2.5 million for Gillum.

These events came just days before the release of some of Gillum’s text and email messages related to an undercover FBI investigation into city corruption and Gillum’s alleged acceptance of improper perks from lobbyists.

Chris Korge said he doesn’t think the release of the texts and emails will dampen support for Gillum. This is the same Chris Korge who made millions from “closed door" deal-making at the Miami International Airport (MIA). Korge, a Coral Gables attorney, has made a fortune representing clients desiring to do business at MIA. Korg partnered with one of his former clients in airport-concessions deals at MIA and other airports around the country. Korge is also an investor and senior adviser at the Americas Group, a global business consulting firm.

“It’s illegal to create a sham minority firm for the purpose of securing public contracts. Investigators have been trying to figure out what services, if any, were provided by Korge’s friends who presented themselves as “disadvantaged” partners."

“It’s not easy to sell yourself as the voice of integrity, when so many slime trails lead straight to your door." 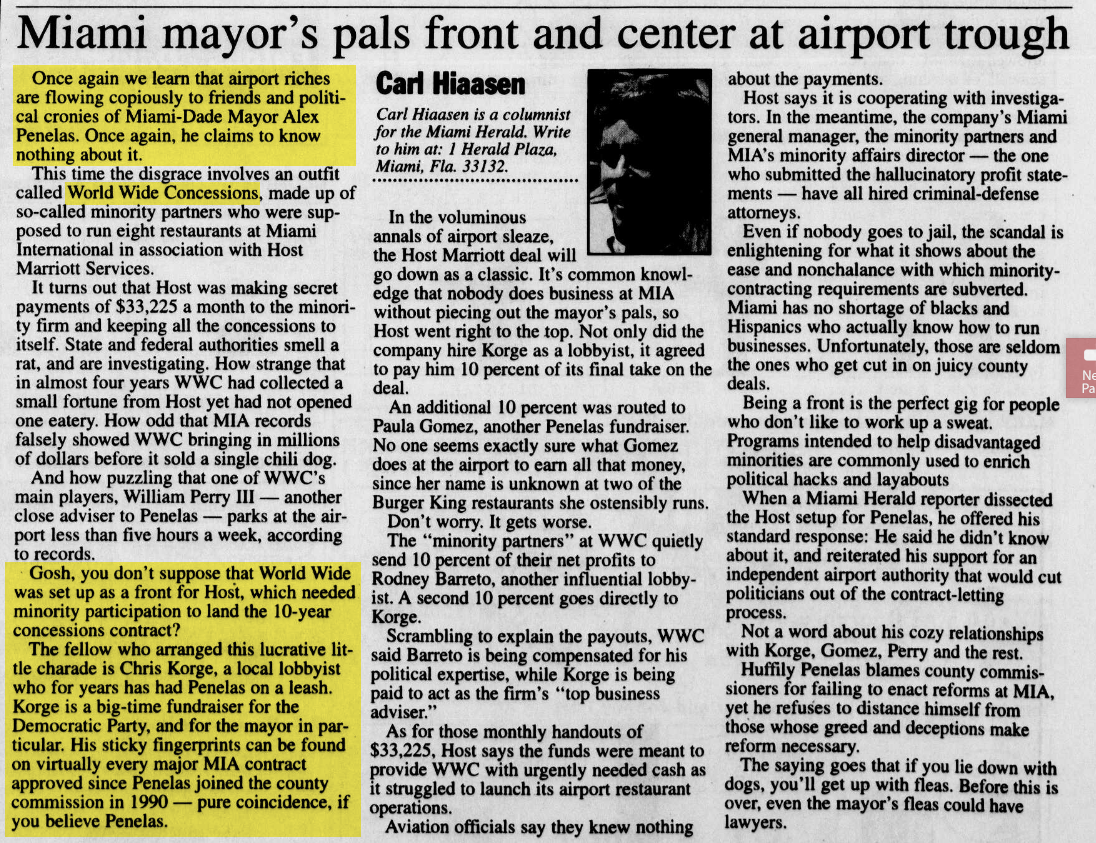 Chris Korge, a key participant in the Sins of South Beach

Chris Korge was also named by former Miami Beach Mayor and Korge’s cousin, Alex Daoud, as the first person to offer him a bribe in his notorious fall from grace in the 80’s.

Excerpts from “Sins of South Beach" (the tell-all book by Alex Daoud):

“After the swearing in (new term), my cousin, the former Chief Assistant Miami Beach Attorney Chris Korge congratulated me and handed over a large brown envelope with ten thousand dollars in cash. My cousin hadn’t helped me during my election for mayor, but now he was acting as a lobbyist trying to bribe me. In one of the ironic twists that characterizes local politics, it was a campaign contribution from Jim Dougherty, now the husband of former (Miami Beach) city attorney Lucia Allen (Lucia Dougherty), who had been my close confident and lover…My cousin’s candor on the matter surprised me; he was acting as a bagman for some attorney I hardly knew."

Later in Alex Daoud’s tenure as mayor of Miami Beach, the “bag man" Chris Korge came to him with yet again another bribe:

“During this crucial time, Chris Korge, my cousin and the man who had given me my first bribe as mayor, tried to bribe me again. My cousin had catapulted from his early job in the city attorney’s office to become a wealthy national political lobbyist. He was making big money — the Marriot Hotel chain had hired him as a lobbyist. They wanted to build a hotel on the only oceanfront city-owned park in South Beach. Chris offered me twenty five thousand in cash for my support and vote on the project. I refused, telling him that the FBI was about to indict me. Unbelievably, he raised the ante to fifty thousand.”